All totaled, twelve men played Tarzan on the silver screen.  Three were from Indiana.  One was a native of Bloomington.

Denny Miller, according to the name on his birth certificate, was born Dennis Linn Miller.  Later he was known as Denny Scott Miller and Scott Miller. His parents were Bernard “Ben” W. and Martha (Linn) Miller.  They lived at 314 E. University at the time of Denny’s birth, and “Ben” was employed as a high school teacher.

Ben had a twin brother named Len.  Both boys were local basketball stars in Waldron, Indiana, and later played at Indiana University with Branch McCracken.  Ben later became a physical education instructor at IU.  It’s, therefore, not too surprising that Denny began playing basketball early and played it well.  His younger brother, Kent, followed in his footsteps.  By the time of Kent’s birth, the Miller family was living at 449 S. Henderson. 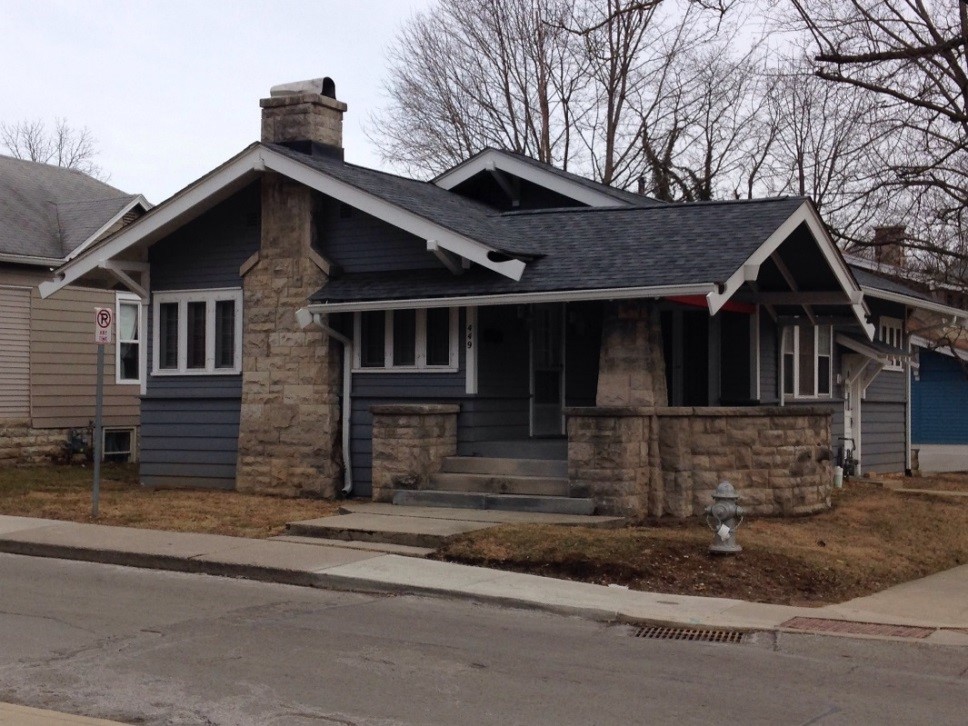 When Denny was in the fourth grade, his father took another job and the family left Bloomington.  After living for a time in Maryland and New York, the Millers settled in Los Angeles where Ben was a member of the faculty at UCLA for many years and Denny and Kent had full-ride scholarships to play basketball.

To help pay for his schooling, Denny had a job moving furniture during his senior year.  A Hollywood talent agent took notice of   the good looking, 6’4” guy with a physically fit, athletic body and signed him to the MGM studio.  Denny’s first starring role was Tarzan in a 1959 remake of the 1932 classic Tarzan, the Ape Man.  It launched his career.

Although Denny did not star in other Tarzan films, he went on have a role in more than 200 television and movie productions many of which were Westerns.   He was best known as a regular on 107 episodes of Wagon Train from 1961-1964.  He also appeared in more than 80 commercials.  For fourteen years he played the Gorton fisherman.

In later years he continued to live in LA where he wrote several books.  His first, Didn’t You Used to be What’s His Name, was a well-illustrated autobiography published in 2004.  It was selected for inclusion in Oprah’s Book Club.  The second book, Toxic Waist?…Get to Know Sweat! was published in 2006 and delivered an important message about the obesity epidemic in America.

Having earned his degree in physical education, Denny was an advocate of healthy living for most of his life.  Up until the time that his body was ravaged by ALS, he was able to wear the same loin cloth that he had worn as Tarzan in 1959.  ALS, commonly known as Lou Gerhig’s disease, affects those nerve cells responsible for controlling voluntary muscle movement like chewing, walking and talking.  Most people affected with ALS die from respiratory failure.

Denny died at the age of 80 on September 9, 2014.  He was survived by his second wife, Nancy, and a son and daughter.  His obituary, containing details of his long career, can be found many places online.