The clipping noted below, written by Fred Lockwood, was published in an undated, unsourced Bloomington newspaper under a column called “Looking Back.”  It was found in a scrapbook compiled by Lockwood.  The scrapbook is held by the Monroe County History Center, Bloomington, Indiana.

The Corps of Canadian Volunteers fought for America in the War of 1812 and subsequently received land grants, some of which were in Indiana including what is now part of Monroe County.

Because there is no evidence of anyone name Finney in Monroe County census records from 1820 through and including 1850, it seems likely that Finney never settled in Monroe.  Additionally, as there is no deed record in Monroe County reflecting a sale of property by Finney, it is probable that he sold the land purchased from Jackson while the property was still part of Orange County.

The first deed of record in the office of the county recorder is found in Deed Record A which contains all the deeds made in Monroe County and recorded from December 1817 to December 1825. 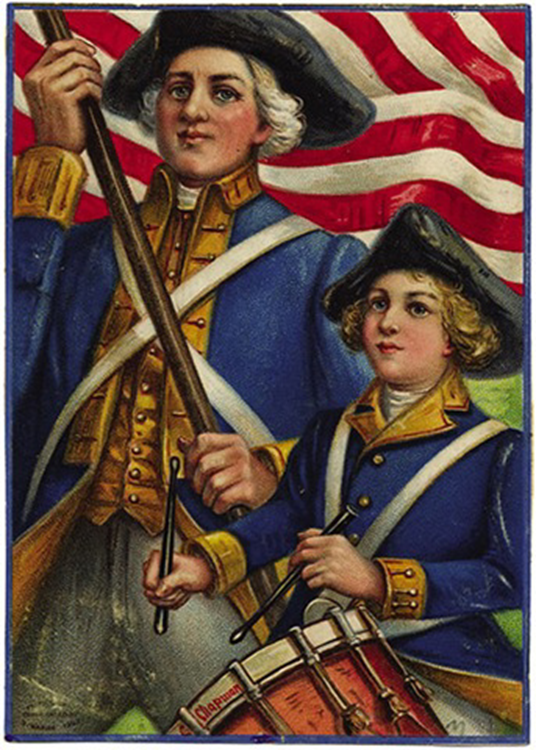 The first indenture of record was made and recorded on December 5, 1817, when Josiah Jackson of the County of Orange sold to James Finney of the Commonwealth of Kentucky, two quarter sections of land in what is now Van Buren Township, Monroe County, for $1,450.  When this deed was recorded, the land laid in Orange County.  (An act of the general assembly authorized the formation of Monroe County out of Orange County, which act was approved on January 14, 1818.)

Reading over the deed we find that Mr. Jackson was a Canadian volunteer sergeant being in the corps of Canadian volunteers and the two quarter sections of Monroe County land, then Orange County land, were given him by a law then in force allowing soldiers land grants at the time of the James Madison regime.  Mr. Jackson received this land from President Madison on October 26, 1816, and the grant was made a matter of record in the general land office at Washington, D. C. of that date.

W. Goddard of Fleming County, Kentucky, a justice of the peace, made an acknowledgement of the deed and Alex S. Lyle, deputy clerk of the Fleming County court certified the act.