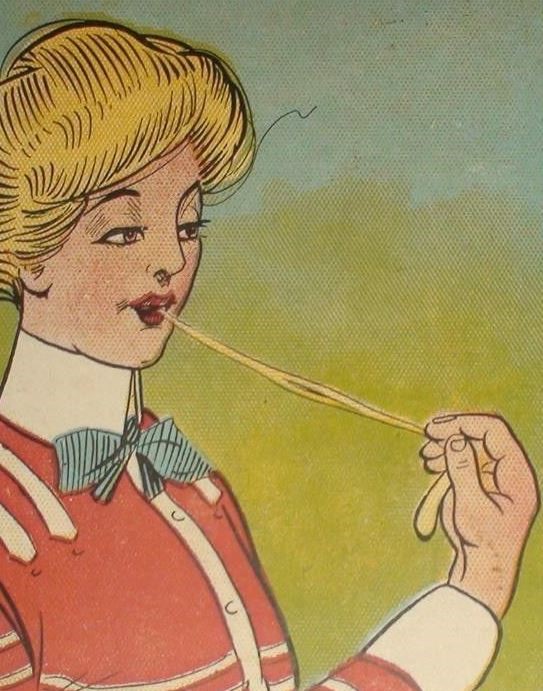 On May 9, 1883, the Bloomington Progress reported that a car load of old rubber boots had been gathered up over the past year and shipped to eastern cities as they were in great demand by the manufacturers of chewing gum.  The rubber was reportedly melted in large kettles and after being sweetened and scented was made into little cakes prized by Bloomington school girls.  Old rubber was preferred to the new because sweat from the feet made it tender and toothsome.  Shoes and boots worn next to the feet were preferred to those that had been used as overshoes…

This bit of trivia may be one for Ripley’s believe it or not.  However, the first flavored chewing gum was invented in the 1860s by mixing powdered sugar with tolu flavoring.  The first patent on chewing gum was made by a dentist, William Semple, in 1869.

Efforts to verify that old rubber was used to make chewing gun have not been successful and today the opposite is true.  Recycled chewing gum from the streets of Amsterdam is being used to make rubber shoe soles.